This work is licensed under a Creative Commons Attribution-NonCommercial-NoDerivs 3.0 United States License.

Wednesday is grocery day.  I hit Publix in the near by bigger city.  I spent $31 and some change, didn't spend $55 and some change.  I think Publix is great.  I was jk about having to live close to one.  There are other good stores to shop at for deals.  I just prefer Publix over Kroger but you know that, don't you?  grin  Also stopped at CVS, picked up electric toothbrush replacement heads for The Hubbie's electric toothbrush, $22.99, with coupons, dollars off, $5 give or take a few cents.  Score!
Last week I stopped at a further away ChikFilA for supper.  I had the radio on, talk radio, this quote came out of the speaker:
Surest way to feel secure.....buy half the house you can afford.  The speaker said it was a Ben Franklin quote but couldn't verify it.  Still a great thought, I thought.  Why?  Because Americans do mostly the opposite.  They buy the biggest house they can afford.  Big mistake, big mistake.  Why?  It puts a bind on your budget.  When you grow old, kids are gone, what's the point?  Go back, read the quote again.  Money saver.  Sanity saver.
Last thought for today.  When the chicken isn't thawed out but it's time to eat, drive thru Little Caesar Pizza.  Hot and Ready pepperoni pizza is only $5.00.  I'm thinking about just doing this on Friday evenings, giving up the homemade thing.  It cost more to make one than buy one.  All good traditions must be time tested, or not.  heehee
**********

Posted by Carol at 7:35 PM No comments: Links to this post

This is a free coupon for TP.  Can you believe how expensive it is these days?  The coupon link came in an email.  Then a second email said it had been disabled so, it may or may not work.  Click and print.  If it prints, then you save some money.  If not, then you save ink and paper.   No, I am not responsible either way.

The decorations on the front porch needed to be changed for August and the end of Summer.  Here is how it went: 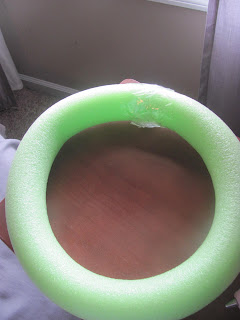 This is a swim noodle, cut with a sharp knife to make it round and taped back together.  I didn't want to spray paint one of my other wreathes but wanted something lime green so bought this at the famous Dollar Tree.  Poke a hole with a sharp object to be able to hang it.  I used the tip of the wire cutters. 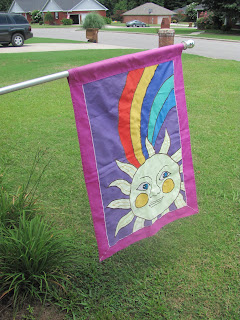 This is the flag I was trying to coordinate.  The bright colors are very nice but finding a sun to glue for a wreathe is impossible.  So...
I picked up a package of children's sunglasses that were marked down 50% at the Dollar General.  They were party favors.  The ends were hot glued together to make them stable on the fake wreathe.  Glue the tips to the bottom of the glasses. 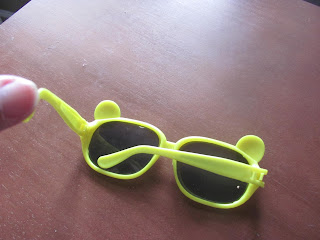 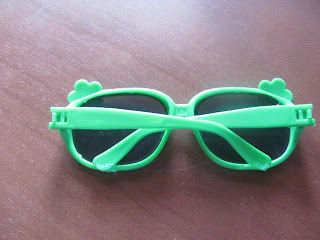 The tape was difficult to cover so I pulled out the blue flowers to match the blue in the flag and hot glued them to the taped area.   This is how it turned out. 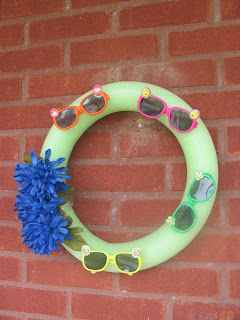 It is a cheap imitation from a flip flop wreathe I saw on Pinterest.   Next time, I will probably add more to it.  Since Summer is almost over, I'll be on the look out for cheaper things to fill in but it's okay.  The cost was about $1.50 total. 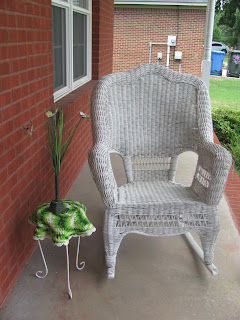 The butterfly greenery was also purchased at Dollar Tree.  The multi-green cover was something I've had for a long time, purchased at a garage sale years ago.
It works, nothing special, but it works.
There is a picture of the front porch with it all in place but my house number shows up so use your imagination.  GRIN!

I never put expensive stuff outside for three reasons:

3 - I do not have expensive stuff on the inside but why fake it and invite a robber?  Not me thank you.

Those of you that follow college football know that Alabama has a really, really good team.  They have been best in the Nation many times.  This is a different title: 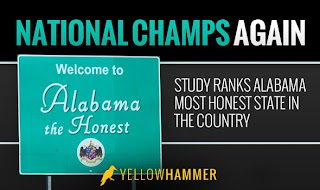 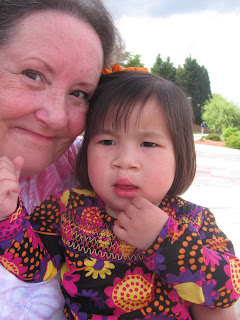 This morning, I spotted a yard sale sign on the way to and from Hardee's for a drive thru breakfast.  Yeah, I hunted it down.
This is what I found:
One over sized Fisher Price dollhouse for $1
Two dolls that went with it; one was damaged in the feet/chewed on, tmi?
One Starter Alabama jacket size Medium, probably an EBay item
One pair of shorts for Carrington, Size 6, tags still on for $1
Book that teaches children how to tell time for Riley
All for less than $4.  Why?  Because that is all the cash I had with me.   I should post a picture.  As you know that may or may not happen.  Grin.
So, the lesson learned is, take more money with me or don't take more money with me, one makes me buy more, spend more; the other, I buy what I have the cash for and leave.  Maybe a limited budget per week would work!  Yeah, I think that is the lesson.  Allow X number of dollars for the week, spend it and go home.
I like that lesson.
**********
Posted by Carol at 11:47 AM No comments: Links to this post

Wednesday is grocery day.  I shop at Publix, mainly, Wal-Mart is the back up store.  I shopped at Kroger for years and years but I eventually became fed up with the lack of customer service.  The restrictions on the use of coupons was the final straw.
My goal is always to not spend the same amount I do spend, saving 50%.  Today, I missed that goal by $4.  I bought a few things that were on sale but without a coupon so, yeah, I went over.  It's okay.  The last several weeks I have saved more than I spent so it evens out.   Plus there are times that saving a few stops, saving time, is just as important as the bottom line on the grocery ticket.
When we move, it's going to be hard to live at place that doesn't have a Publix store!  So, that will need to be a requirement.  Years ago, when we moved here, I only needed a Wal-Mart and a Hardee's.
My horizons have expanded.  HeeHee!
Who knows? I may quit cooking, eliminating the need for groceries except for a few items.
**********
Posted by Carol at 6:09 PM No comments: Links to this post

The money tip for today is pretty simple.
Have you noticed over the years how much larger eating out food portions have become?  When I was a kid, MacDonald's hamburgers were only $.15 each, yep, it's true but at the same time, that was an adult serving!!  There was no Big Mac, no Double Cheeseburger, no Super sized anything.  A french fry serving is now the small size.
Pay attention to the size of the food on your plate when eating out.  Most of the time, you can ask for a to go box at the beginning of the meal, cut the food in half, add to the box and take it home for yet another meal.
Two meals made out of one!  Half price meals!  Saves dough and body fat.  There you go.
**********
Posted by Carol at 4:04 PM 1 comment: Links to this post

The GRAND daughter and parents surprised me for my Birthday.  The Young Son came, too.  What a great time!  Notice the pearls.  They are real and from China, a special gift for my 65th HAPPY BIRTHDAY!!!
Here we are with our sweetie, Chloe Alexis: 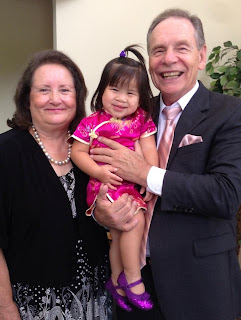 She did it!!!  Our daughter, Angela, successfully defended her doctorate dissertation!!!
She will walk in August and is officially now....drum roll, please......
DR. ANGELA MARIE TUTTLE PRINCE 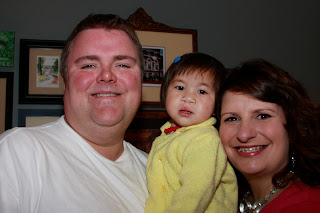 Here is a pic of our youngest GRAND daughter. 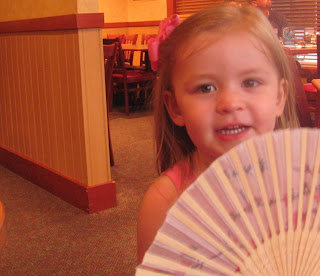 Do you need more help saving money?  Talk to an older person, one that has lived through The Great Depression.  Economically it was the worst time in our Country's history.   They learned to live on little.  Why?  Because there was no money.  If there is no one in your life that you can sit down and talk to, pick their brain so to speak, then Google information about it.
We have such a lavish lifestyle compared to how things were 'back then'.   Learning about their lifestyle will give you ideas on how to cut back on your expenses!  Spending less is saving more!
We have a great life!
**********
Posted by Carol at 8:05 PM No comments: Links to this post 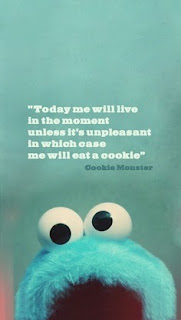 Carol
Hi, Y'all! My name is Carol. I am female, married 52 years, Mom to 3 grown kiddos, 2 still here, one with Jesus, Mom in Law to 3 married into our family kiddos, grandmother four times, empty nester living on a budget, in Dixie, 44 year cancer free survivor. Wow, that's a mouth full.